CITIZEN ABUSE HAS TO STOP!

Posted by Charles Hailey · September 25, 2020 1:08 AM
1 reaction Share
If citizens protesting system abuse are NOT DRESSED TO KILL,
Why are police DRESSED TO KILL?
If protestors are there to PEACEFULLY protest system abuse,
Why does the policing system respond by setting up for and dressing for additional abuse? Aren't predetermined violent expectations self-fulfilling?
If the policing system is abusing citizens,
Who/what are they protecting? Those who own the system? Those who fear losing control of the system? Those who condone greater abuse of those who dare to protest their abuse?
This reminds me of Pinkerton Detectives or National Guardsmen shoting workers for striking for better working conditions in the late 19th and early 20th centuries. This reminds me of slave owners lashing their "property" for unacceptable performance.
These abusive authoritarian systems of old are still with us.

Is 2020 the time for significant change? I hope so.

DJT's Destructive Dilemma and The Reconstruction of America

Right-wing authoritarianism has been corrupting our critical national systems for decades so as to end our long-term democratic experiment of maximizing equality. As a result, citizens have suffered needlessly for decades. Now we must stop the authoritarian's final push to maximize inequality in their favor.

However, the obstacles to substantive change are several.  There are legal protections built into our economic and policing systems that protect abusive behavior of already abusive systems.  These legal protections, discussed below, plus
mandate serious system re-evaluation and significant changes to these systems.
Read more

This election is about much more than replacing DJT.  It’s about the system failures that have enabled him to get elected and that refuse to remove him from office by impeachment.  It’s time for major system changes to our economic, political and policing systems.  But first let me define some terms that I use in this message:

Posted by Charles Hailey · August 16, 2020 2:15 PM
Add your reaction Share
Mail-in-ballots (MIB) must turn them into the USPS for delivery or hand delivered by the voter with valid ID to the elections office in Galveston. This means returning them in as soon as you receive it. You might consider adding an extra stamp or two just to show support for our USPS.
Read more

Where Can I Pickup my 2020 yard signs and more?

Yard signs are available from various locations around the county.

The county has purchased two different yard signs for this election cycle.   They are available for use in your yard and most will be used at polling places during the November election.

The GCDP Vote signs are available free to all members of any Democratic county club and sustaining donors to the GCDP.  If you are not a club member or sustaining donor, a $5.00 donation is encouraged but not required. 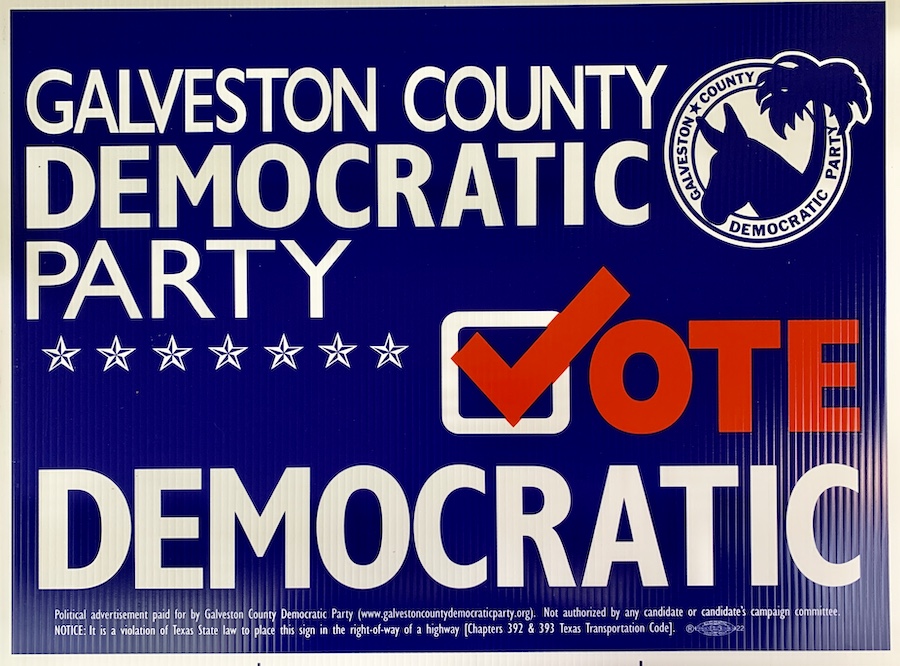 All These Democratic Candidates Will Need Our Vote in November

Below is our terrific Democratic slate of candidates for the general election. Please get to know them all and support them where you can, be it financial and/or your time.

Critical reminder! The Galveston County Democratic Party works year round to get out the vote (GOTV) for all the candidates on the slate, but more so now in the months leading up to the election! So, please support our GOTV infrastructure TODAY! If you’d like to volunteer for our GOTV efforts, please sign up here! There are many volunteer activities happening right now. We need all hands on deck!!!

(Our thanks to precinct chair Scott Jones for compiling this information.)

Posted by Charles Hailey · May 26, 2020 4:45 PM
Add your reaction Share
Galveston county needs Democrats in office.  We need representatives who will put people before profit.   We need elected officials who will equally protect and empower all county citizens.    We need them this year to help stop the stealth takeover of our government by the GOP Cult of Trump.  Volunteer, get on their email list, donate - make a difference in 2020! 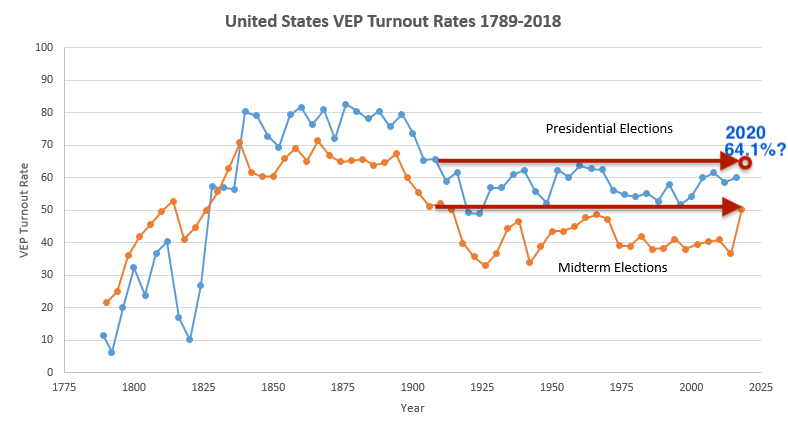 We Were Different - And We Could Be Even Better!

Posted by Charles Hailey · April 01, 2020 5:44 PM
Add your reaction Share
RE: Alone Against the Virus
"Decades of neoliberal austerity will make it harder to fight the COVID-19 pandemic. Now, more than ever, we must rebuild our social safety net and forge a New Deal for public health."
I equate "neoliberal austerity" to authoritarian, predatory, capitalism. It's austerity for the 99% and socialism for the 1%. it's about maximizing economic, social, racial, and environmental INEQUALITY. It's about praising the 1% when they use their 'chump change' to make the news for feigning generosity after investing their unwarranted tax breaks.
"At every step, a rapaciously profit-driven health care system and an austerity-ravaged state will make this virus harder to manage.
Read more

Unless specifically invited to attend by Chairman Young, please stay home and stay 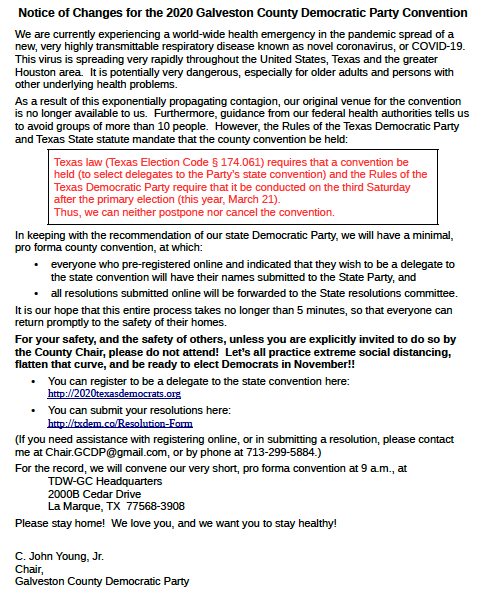