Fiscal Conservatism Has It's Place - Just Not at the Federal Level

RE:  The Deficit Myth

You and I, our local city and county governments, and our state governments all need to operate, as fiscal conservatives, within a budget. Our expenses all need to be covered by some form of income like wages, tips, selling a product, issuing bonds, or collecting taxes. The main reason for balancing income and expenses is because individuals, businesses, cities, states have no authorization for creating money. We all need income, government created money, to pay expenses.

The federal government’s power to create money gives it unique power to focus on balancing the national economy instead of its budget. It can add money to the economy to make it grow or remove money, taxes, from the economy to slow it down. Keeping the national economy balanced between jobs and inflation is the responsibility of the federal government and it using the money, only it creates, to do that.
Keeping the economy balanced may require deficit spending. As long as the additional money results in a growing economy, more jobs, and the deficit remains small relative to the nation's total economic output, or gross domestic product (GDP), i.e. low inflation, the additional spending is responsible and the economy remains in balance.
This responsibility to balance the economy with deficit spending is not what most of us consider fiscally conservative. However, it is within the power of the federal government to do so when needed.
Read more

The following sub-posts are taken from the Galveston County Democrats, open forum, Facebook group/announcements.  It includes the original post plus added comments.

We've already lost once to a fool. The incumbent has the advantage and is backed by the oligarchs who own the media. If he starts a war, defeating him gets even harder. This is going to be a hard win and must be decisive.
Our democratically chosen opponent for the husband of Melania must beat him unquestionably by a significant margin that CANNOT be debated. We must take back the Senate and grow our grip on the House. This election must rid us of this minority-driven, right-wing, authoritarian cancer, not just keep the cancer at bay while America dies a slow death!

Our opponent, and who he represents, have been whittling away at our laws and form of government for decades. We need a massive and decisive response AND someone to inspire us beyond what Obama did in 2008.

Our democratic choice of a challenger AND massive voter turnout go hand-in-hand for 2020. We need both. Both are critical for complete, immediate, and final success in 2020 so we can start to rebuild America for we the people. 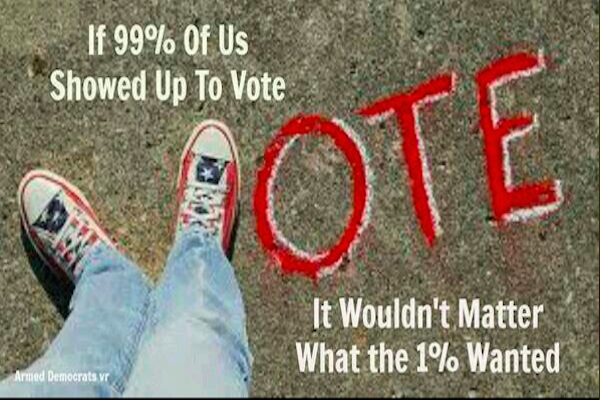 From original post: "If he starts a war, defeating him gets even harder." And now we are on the verge of a new war with Iran. The Republican strategy for winning the presidency repeats.

America’s Authoritarian Cancer Is Spreading Rapidly:  In my original comments above I misspoke by referring to America as dying a slow death from a cancer. The cancer is really really stage four, metastatic. Our body politic is in extreme pain and needs massive, united, democratic, positive action.
Democratic Choice, as it affects voter turnout, Is Critical in 2020:
Analysis of the 2016 presidential voter turnout, shows:
- fewer votes for the Democratic candidate than in 2008 and 2012, and
- a marked increase in voting for a third parties.
Voter turnout for 2016 general elections show similar results for Galveston county:
- Galveston County Third Party votes
--- Avg from 2002 to 2014: 1,447 (1.4% of total voter)
--- 2016: 5,488 (4.5% of total voter)
- Galvestion County Democratic General voter turnout
--- Avg from 2000 to 2012: 41,314 (26.6% of registered voters)
--- 2016: 43.658 (23.5% of registered voters)
Based on voter turnout as percentage of registered voters, there was a 3.1% drop from our county historical avg for Democrats in 2016 for GC. What is also noteworthy of the 2016 GC vote was a tripling of votes for third parties from 1.4% historical avg to 4.5%, or 3.1% growth.
Read more 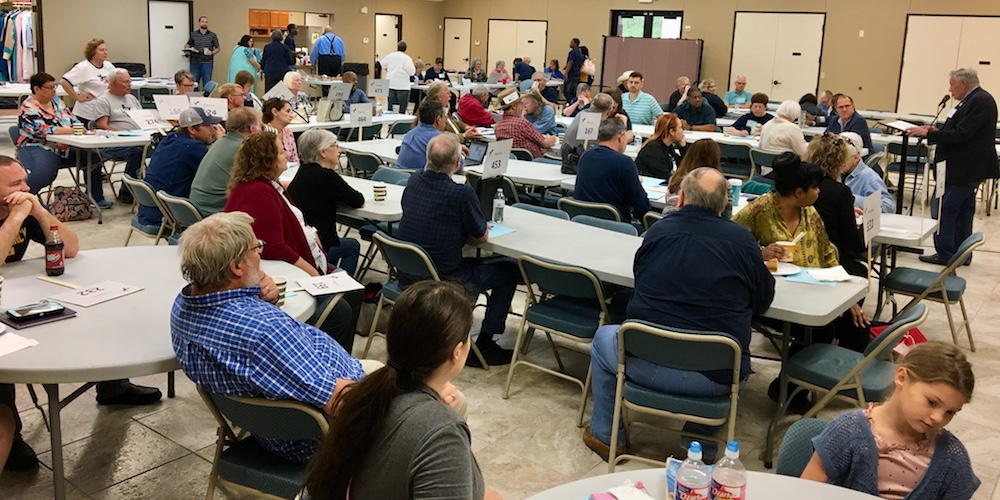 The March 21, 2020, Galveston County Democratic Party (GCDP) convention will be held at the College of the Mainland in the new conference center, building 21, rooms 135A & 135B, adjacent to the Gym, building 4. Doors open at 8:00 AM for delegate checkin. You can pre-register here: 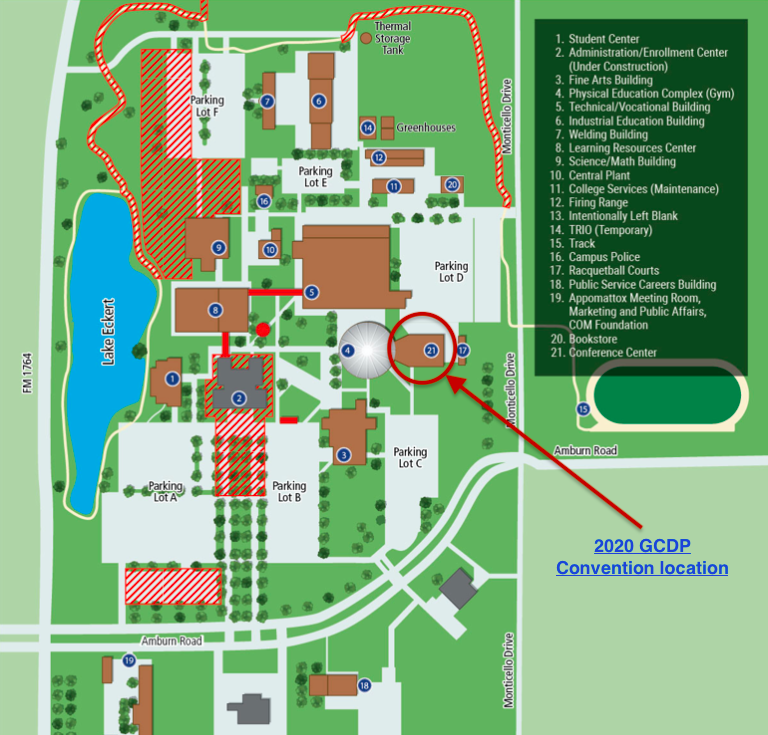 Coffee and sweets provided before the convention and a box lunch provided.

If you'd like to volunteer to help make this convention a complete success, contact Dr. Judy Stapp-Hollis:
(281) 900-9732, [email protected]

Government of, by and for Who? - What Does the last 120 years of American History Show Us?

From FDR to LBJ to Nixon -vs- From Carter to Clinton to Obama to Trump.

Over the years, I have developed definitions for two forms of government: of, by, and for we the people or government of, by, and for only the oligarchs.  I have also written hundreds of posts about the impact and causes of our current, abusive, authoritarian-oriented, government rule.
A lot has negatively impacted Americans since the 1970s.  One of the greatest impacts, see charts, is the shift from rewarding the hundreds of millions of profit makers for their increased productivity to rewarding the few one percenters with those productivity savings - "gobble up."  By 2007, this resulted in an income growth for the wealthy that is  23.5 times more than the middle income citizen since 1980, $1,300,000.00 v $55,300.00. 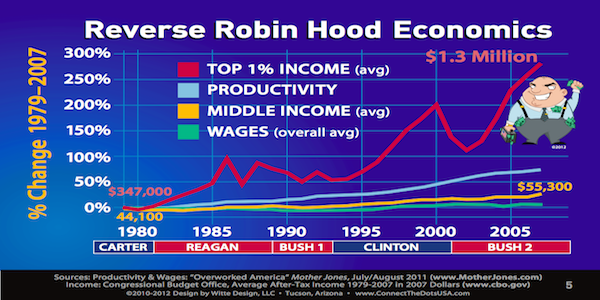 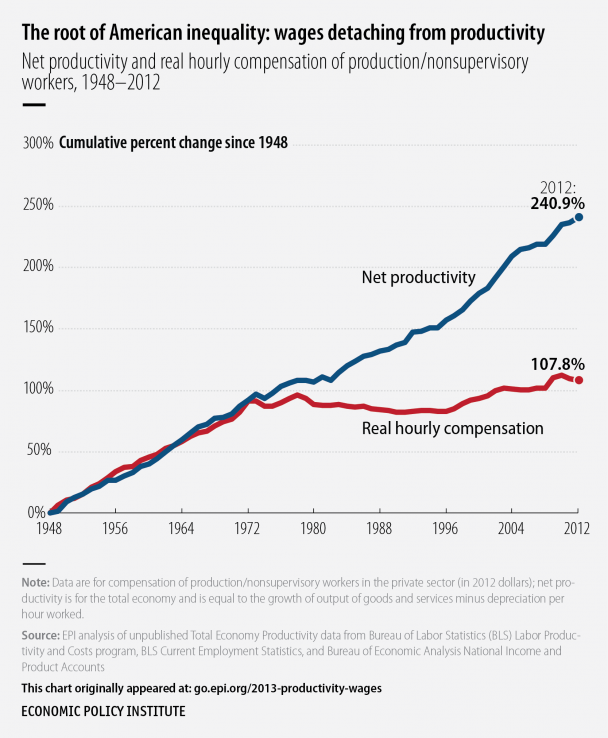 "Gobble Up" of Productivity Gains Redistributes Income to the Top 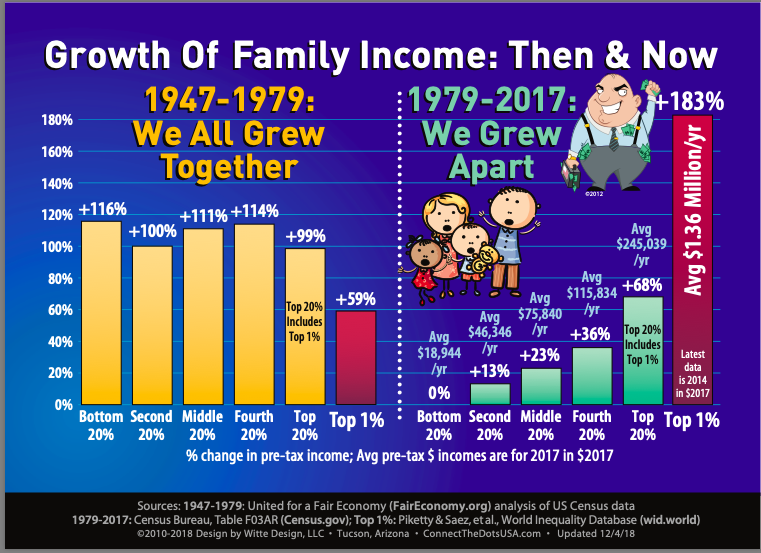 Posted by Charles Hailey · December 30, 2019 4:36 PM
Add your reaction Share
In our Constitution, our democratic political system includes a division of responsibilities to enable a means of checks and balances. Each of the three branches of government is responsible for keeping the others in proper bounds.
In Capitalism, this authoritarian economic system has a division of power that despises checks and balances. And the oligarchs are working hard to grow their power to include a veto over the checks and balances of our political system through a Constitutional Convention.
Our authoritarian economic system needs democratization so we can save our democratic political system for the long-term.
Read more

Posted by Charles Hailey · December 17, 2019 9:53 PM
Add your reaction Share
The ballot order for our 2020 Democratic Primary election is listed below.  The order was determined by the State Party using a random number process.

In addition, there is a single contested precinct chair election for precinct 314.  The ballot order for this election is: 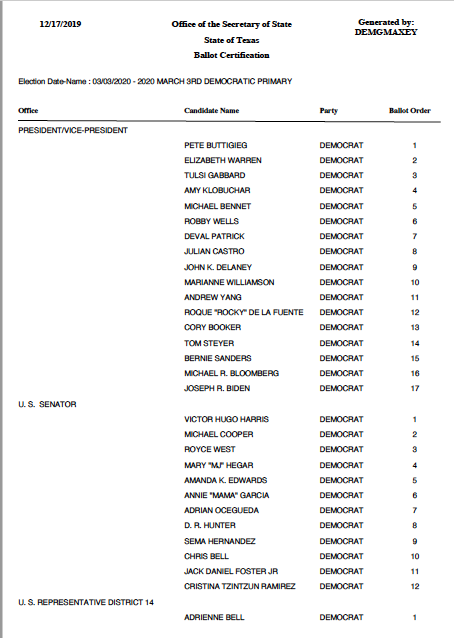 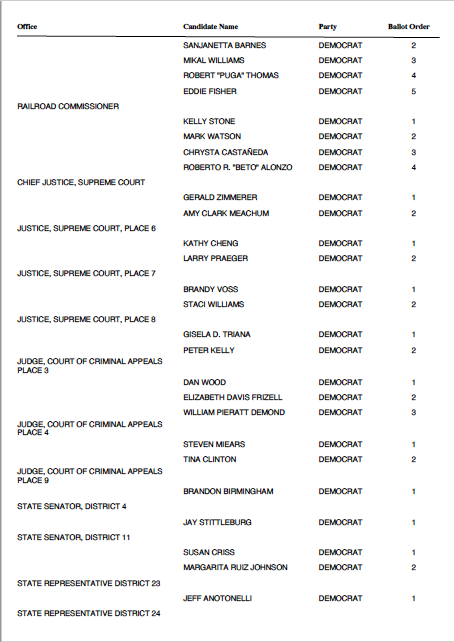 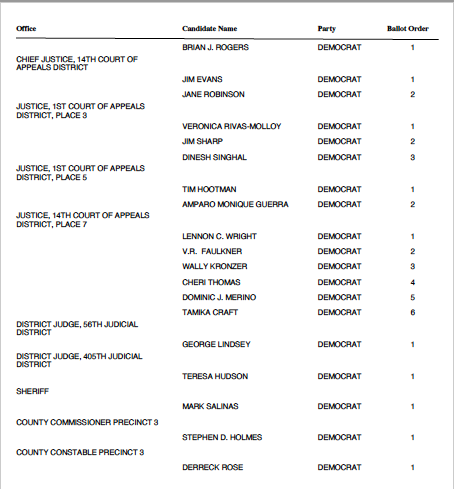 Thanks to all these candidates for giving Texas a choice!
See you at the polls next November.

Posted by Charles Hailey · December 09, 2019 4:48 PM
Add your reaction Share
(Property Tax Loans => Eviction from Homes)
"Like hundreds of other Texans, they lost their home after defaulting on a property tax loan that had initially seemed like a financial lifeline."
"These high-interest loans are part of a multibillion-dollar industry native only to Texas and Nevada."
"Backed by San Antonio billionaire Red McCombs, Propel claims in its financial disclosures to have never lost money on a loan. But there’s growing concern that homeowners take on unnecessary risk with property tax loans."
"Property tax lending began to flourish in Texas in the late ’90s, taking advantage of a Depression-era provision in state law that allows a third party to pay off a homeowner’s property taxes with the homeowner’s consent. The law was never intended to create a business opportunity."
Democrats must be elected to stop this wealth transfer and more!

NOTICE OF ADDRESS FOR FILING APPLICATIONS

Download and print the attached PDF file if you plan to file for public office in Galveston County.  Fill in the blanks and return the notice to the either address shown.   The county chair address is preferred.  Send questions to [email protected]. 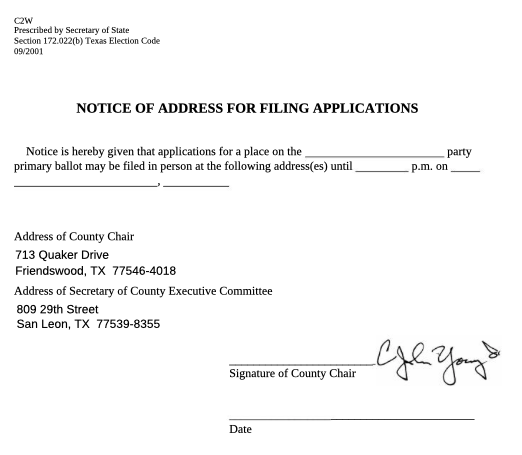 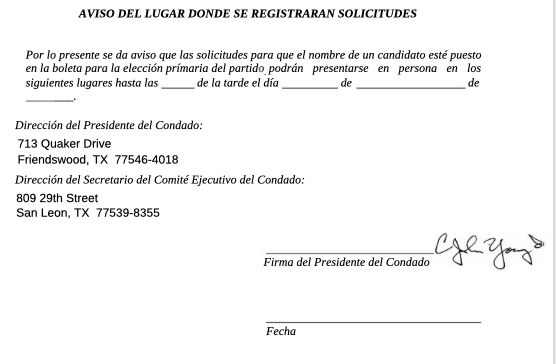 Incrementalism - When It Works, When It's Immoral

Posted by Charles Hailey · December 07, 2019 1:43 PM
Add your reaction Share
Progressive Democrats want healthcare for all. Other Democrats favor an incremental approach similar to the Republican efforts against abortion.
What works for Republicans won’t work for Democrats! The authoritarian nature of the right does not exist on the left.
Read more

Posted by Charles Hailey · December 07, 2019 12:29 PM
Add your reaction Share
We have all been embedded in both systems for all our lives. We were born into them and we probably seldom consider their incompatibility and how one negatively impacts the other.
Depending on which system has the upper-hand at any given point in our history, this incompatibility either helps or harms citizens. Currently, the economic system has the upper-hand and economic/wealth inequality has again been maximized. Our lifespans are decreasing, our personal debt is at record levels, our healthcare is only for those who can afford it, and wage growth has been stagnant since the 70s.
Read more
Volunteer Post a suggestion