What Brings Us Together - Part 3, Back To a Partnership Culture

“The struggle for our future is between those trying to move toward partnership and those pushing us back to rigid rankings of domination.” - Riane Eisler

In part 1, What brings us together as a political party? - Maximizing Equality, I discussed the opposing values of equality and inequality, their presentation within related family models, how the family models impact the government we chose, and the impact on our federal budget.   This posting includes several supportive comments.

In part 2, What brings us together as a political party? - Part 2, Nurturing vs Punishing,  I discussed the opposing values of nurturing and punishment, their presentation in families, and how that translates into who we elect to government and the resulting policies.

I posted a supplement to these value choices on the policies that fit with them: Maximizing Equality Leads to Morally Right Policies, .
Read more

Change in 2020 Requires a Full Slate of Local Candidates 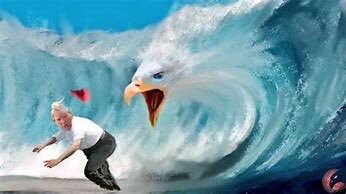 The Battle is Joined

Make no mistake: Texas, with its 38 electoral votes, is now a battleground state. More and more political analysts, incumbents and candidates are seeing Texas as a tossup in 2020. The parties and the major donors are poised to funnel significant resources into Texas once the dust settles from the primaries (unlike in previous years where Texas was used like an ATM machine to fund campaigns out of state). And like the state itself, Galveston County is at a tipping point; come November 2020, we will be in a dead heat with the Republicans. Victory will go to the party that works the hardest, the smartest, and turns out the vote. Our chances have not been this good for decades.

A Scale of Equality – Maximizing Turnout for 2020 Election

What’s required to activate and unify voters on the left?

America’s political and economic policies have moved from greater equality after WWII and through the 70s to massive inequality in the decades since. This has happened surreptitiously, , without the backing of a majority of America’s citizens. Fear mongering, mass misinformation, and voter suppression funded by billions of Kochkash dollars have foisted this shift upon America.

The laws passed under FDR and LBJ, and improvements for people of color and women since, helped advance our political and economic equality. Since then, neoliberal economists, corporate boards, and SCOTUS have reduced equality by empowering and protecting the oligarchy.

Welcome to the second issue of our newsletter. We are excited to share these new updates and upcoming events with you all.

Progress toward promoting the GCDP and the 2020 election includes participating in the Juneteenth parade, supporting the USW workers at DOW, campaign statements from Democratic candidates, fundraising efforts, and recruiting local candidates for 2020.  Details are included below as well as an editorial on the moral values that are the foundation of the divergent policies between us and our opponents.

Thank you for your ongoing support of GCDP.

False equivalence is a logical fallacy in which two completely opposing arguments appear to be logically equivalent when in fact they are not. This fallacy is categorized as a fallacy of inconsistency.

False equivalences are used to create confusion, over simplify, hide the truth, divide coalitions, and delay action on economic, social, racial, and environmental abuses of citizens. The best example of this is global warming or climate disruption caused by humans. The false equivalency is perpetrated presenting the issue with one spokesman for and one against. The fact that 97% of the experts are in agreement with one side over the other is ignored. This example is brought to life in this video:

Evaluating the fallacy of inconsistency in equating left and right extremists requires considering a couple of factors. One factor is the authoritarian personality and where it resides in this left/right spectrum. Another factor is the consequences from the moral beliefs of the two “extremes." Who's impacted the worst/least?

Sharing Candidate Event Information is Not An Endorsement

Posted by Charles Hailey · August 07, 2019 4:53 PM
Add your reaction Share
As there are contested races for US Senate and US Congress that will be settled in the March primaries, and as the GCDP would like to keep others informed about your options, please note the following about local candidate events:
"The GCDP will continue its practice of not favoring any Democratic candidates prior to the conclusion of the primary or primary runoff. Therefore, the GCDP will make a good faith effort to share information about local candidate events, with the disclaimer that such communiques do not constitute or imply an endorsement of any particular candidate by the GCDP."
When candidate event information is shared by the GCDP, it will include the following disclaimer:
"This communication is provided for informational purposes only. It does not constitute an endorsement of any candidate or candidate's campaignby the GCDP."

What brings us together as a political party? - Part 2, Nurturing vs Punishing

What do we have in common that unites us? Why do we support policies that others vehemently oppose and why do we strongly oppose their policies?  Read Part 1.
What binds us, and what binds our opponents, is our sense of what is morally right as expressed by our moral values. And what research since the 90s by Professor George Lakoff and others has shown is that there are two distinct and opposing views of what is morally right and two sets of moral values. We are all some combination of those two value systems. A few are extreme but most are a mix.
Our sense of what is morally right and our moral values were learned as the younger members of our families. Different families and other life situations taught us our different values. For some, our values changed over time.
According to Professor Lakoff, those two values systems are represented by two family models: strict father and nurturing parents. Other research documented in Conservatives Without Conscience by John Dean documents that authoritarian personalities in the US are almost exclusively represented by our opponents. The authoritarian personality is very minor on the left side of our political spectrum. The strict father/authoritarian family model is something we all recognize in people like the husbands of Melania and Lynne Cheney.
For those of us mostly affected by the nurturing family model, “We came together because of our moral values: care and responsibility, fairness and equality, freedom and courage, fulfillment in life, opportunity and community, cooperation and trust, honesty and openness. We united behind political principles: equality, equity (if you work for a living, you should earn a living) and government for the people–all the people.” — Professor George Lakoff, cognitive linguist.
Read more

History helps get around the distractions - religious freedom, separation of church & state, non-profit tax exemptions - that keep us from seeing the hidden threat to our form of government.

“Far from wanting to keep politics out of the charitable realm, government’s primary concern in the era before our present federal tax code was keeping these voluntary associations out of politics. Both Presidents George Washington and James Madison saw private associations as posing an actual danger to popular government and to the country itself—special interests whose views, desires, and aims did not necessarily reflect the common good. The existence of these associations also seemed somehow incompatible with democratic institutions; many feared that as these groups grew in size and stature, they would attract both political power and financial resources, which could tip the balance of power in their favor to the detriment of individual citizens.”

These historic concerns have proven valid since, but laws were passed to push back.

In 1934, “Congress abolished the tax deduction for certain previously allowed philanthropic contributions, specifically those going to organizations where “a substantial part” of their activities consisted of “carrying on propaganda or otherwise attempting to influence legislation.” This effectively prevented any organization that wanted to maintain the deductibility of the contributions it received from engaging in direct political action.

Twenty years later, “Senate Majority Leader Lyndon B. Johnson offered his famous 31 words further limiting the activity of charitable organizations: ‘ … and which does not participate in, or intervene in (including the publishing or distributing of statements), any political campaign on behalf of (or in opposition to) any candidate for public office.’ ”

Getting rid of the Johnson Amendment is all about giving more “power and influence” to the oligarchs via non-profit organizations. The oligarchs are already “carrying on propaganda or otherwise attempting to influence legislation” via profit-based ‘persons.’ Eliminating the Johnson Amendment would expand the Citizens United decision to non-profits so more money will buy more politicians.

— (a) people’s individual freedoms are maximized, and

— (b) economic, social, racial, and environmental injustices by those who abuse their freedoms are minimized, combined with

What are the truths you are sharing?

Posted by Charles Hailey · June 28, 2019 9:47 PM
Add your reaction Share
Our own experience and research using functional MRIs show that repetition strengthens our ability to retain information. Memorizing facts is added by repetition. My writing what I think I know makes it easier to recall the same information later. Functional MRIs show that repetition results in stronger neural connections as repetition continues.
Research on remembering information (truth or lies) also shows that negation of a truth or lie only reinforces the memory of that information. There is no neural mechanism for negation. In other words, when Nixon said, “I’m not a crook,” what’s re-enforced neurally is “I’m a crook.”
Here is a quote from one of the key researchers on how the brain works on how repetition impacts political messaging:
"The first rule of effective communication is stating the positive in your own terms, not quoting the other side’s language with a negation." -- George Lakoff, The Policyspeak Disaster for Health Care
Keep this in mind as you read or listen to reports on the thousands of lies from our opponents. While those lies are being negated/repeated, the neural connections in our brains are being reinforced. Notice how easy it is to repeat them in discussions with others. Likewise, the positive truths that must be stated are going unsaid. Without repetition of our own positive truths, their repecitve neural connections fade and they are forgotten. They disappear from our discussions.
That leaves us with only negation and repetition of their lies.
We can’t win without repeatedly stating our truths.
What are your truths that you want repeated?
Volunteer Post a suggestion